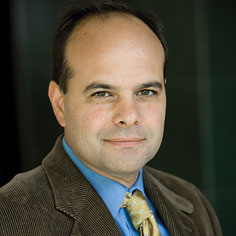 NeuBase Therapeutics, Inc. is developing the next generation of gene silencing therapies with its flexible, highly specific synthetic antisense oligonucleotides. The proprietary NeuBase peptide-nucleic acid (PNA) antisense oligonucleotide (PATrOL™) platform allows for the rapid development of targeted drugs, increasing the treatment opportunities for the hundreds of millions of people affected by rare genetic diseases, including those that can only be treated through accessing of genomic loci or secondary and tertiary RNA structures. Using PATrOL technology, NeuBase aims to first tackle rare, genetic neurological disorders.

As reported by Ed Miseta, Chief Editor, Clinical Leader, NeuBase Therapeutics is hoping to help patients overcome Huntington’s disease, myotonic dystrophy, familial Parkinson’s disease, and other rare diseases. While a small number of patients are impacted by any rare disease, collectively these diseases impact 10 percent of the population, or 700 million people across the globe. While gene defects cause many of these patients to suffer and die, only around five percent of them have an available therapy. And some of those are not effective.

“The Human Genome Project really got things rolling with the publication of the draft human genome sequence in 2001 which promised the development of new treatments for many of these patients,” says Dietrich Stephan, PhD, CEO of NeuBase. Dr. Stephan is also an affiliated faculty member of the McGowan Institute for Regenerative Medicine.

The first disease NeuBase is attempting to address is Huntington’s disease, a genetic ailment inherited in a dominant way. Generally, one parent is affected, and 50 percent of their kids will inherit that gene. A child that inherits the gene will start having trouble walking, talking, and thinking when they reach middle age. The disease will eventually take their life, and there is no treatment.

“These children will often grow up not knowing if they have the gene,” says Dr. Stephan. “Sometimes they will visit an underground genetic testing facility because they don’t want the diagnosis to impact their ability to get health or life insurance. Although a federal law prevents insurance companies from denying coverage to patients with a gene-positive mutation, the diagnosis can still present insurance issues for patients. And, for a healthy 20-year-old person, this is essentially a death sentence.”

A patient diagnosed with Huntington’s disease may be able to enroll in a clinical trial to test a NeuBase treatment by the end of 2021. Between now and then, there are several challenges the company will need to overcome. The first, as is usually the case with any rare disease, is patient density and access. Most rare diseases will have a small patient population that is geographically dispersed, which means recruitment takes place globally, across designated centers of excellence specializing in the disease. Patients often need to fly into those clinics, which makes patient recruitment difficult at best.

The second layer of complexity has to do with the diagnosis. NeuBase would like to eventually run trials on patients who are not yet showing symptoms. For pre-symptomatic patients, a test will reveal if they have the gene mutation. Getting a patient on the treatment before they begin to show symptoms would allow them to be treated prior to cells and tissues being damaged irreversibly.

NeuBase has settled on the clinical end point it will pursue. The company will also measure the mutant Huntington protein levels over a period of time and determine if those levels decline.

“We are all searching for a biomarker which, if you knock down that mutant protein through therapy, will predict whether a patient will get the disease, or will get better if they already have it,” says Dr. Stephan. “In addition to standard clinical endpoints, using biomarkers is a second level of determining if the treatment is effective. For Huntington’s disease, there is a biomarker (mutant Huntington protein) that is of interest, as well as several early brain imaging ligands which we hope will evolve rapidly to show correlation with clinical progression and be accepted by regulators. Many researchers working on rare diseases could rely on biomarkers as surrogate measures for a clinical readout.”

Dr. Stephan believes cells in the brain of a Huntington’s patient will start to die a decade before the onset of symptoms. With that in mind, he would like to see a patient start on a therapy while in their 30s and 40s, to stop the progression of the disease and prevent the symptoms from manifesting. That would be his ideal therapy, and the one NeuBase is attempting to develop. Post approval, he would also like the treatment to be something patients or caregivers could purchase from a pharmacy and administer at home.