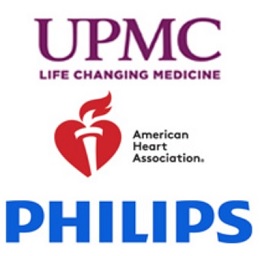 Overall antibiotic use was not curbed by giving physicians the results of biomarker tests in patients with suspected lower respiratory tract infections, according to findings from the Procalcitonin Antibiotic Consensus Trial (ProACT). The national, randomized clinical trial was coordinated by researchers at the University of Pittsburgh School of Medicine, and funded by the National Institute of General Medical Sciences, part of the National Institutes of Health (NIH). The results, published recently in the New England Journal of Medicine, were presented at the ATS 2018 International Conference in San Diego.  McGowan Institute for Regenerative Medicine affiliated faculty members Derek Angus, MD, MPH, and John Kellum, MD, are co-authors on the study.

The overuse of antibiotics has become a serious threat to global public health, causing antibiotic resistance and increasing health care costs. Physicians have long known that antibiotics are usually unnecessary for acute bronchitis and for some other cases of lower respiratory tract infections, and that antibiotics treat only bacterial infections, not viral.

Previous research had reported that using a biomarker blood test and following an antibiotic guideline tied to the test results could reduce antibiotic use in lower respiratory tract infections. In February 2017, the U.S. Food and Drug Administration approved the biomarker test that measures procalcitonin – a peptide that typically increases in bacterial infections, but not viral.

The ProACT trial involved 14 predominately urban academic hospitals. Researchers enrolled 1,656 adult patients who presented to the hospital emergency department and were initially diagnosed with a lower respiratory tract infection. All the patients were tested for their procalcitonin levels, but the results were shared only with the physicians of the patients randomly assigned to procalcitonin-guided antibiotic prescription.

In contrast to previous research, the ProACT trial showed that the procalcitonin guideline had little overall impact on whether or not the physicians prescribed antibiotics, although in patients with acute bronchitis, antibiotic prescription in the emergency department was cut in half in patients whose physicians were provided the procalcitonin guideline. Huang noted, however, that the finding for acute bronchitis was a secondary analysis.

The exact reasons why the results of this recent research contrast with previous studies are unclear, but the ProACT team found that procalcitonin test results generally matched up with how sick a patient looked as well as their physician’s judgment on how likely it was they had a bacterial infection. The team also found that even when physicians did not know their patient’s procalcitonin result, their decision to prescribe antibiotics was generally the same as when physicians did know the result.

“In other words, it seems likely that physicians already commonly withheld antibiotics based on clinical signs alone, and, therefore, instead of the magic bullet I and many others hoped procalcitonin might be, it offered only limited incremental value over clinical judgment,” said Dr. Huang.

Antibiotic overuse also has received increased attention since the last large trial of procalcitonin and lower respiratory tract infection was completed 10 years ago. Improved prescribing practices may have reduced the chance of the procalcitonin biomarker further decreasing antibiotic use, Dr. Huang said.

“I hope our results will help physicians decide when to order procalcitonin and will encourage future research and randomized trials to determine the clinical utility of other novel biomarkers and diagnostic tests in general,” Dr. Huang said.

Abstract (Procalcitonin-Guided Use of Antibiotics for Lower Respiratory Tract Infection.