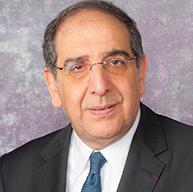 SparingVision is a biotechnology company focused on the discovery and development of innovative therapies for the treatment of blinding inherited retinal diseases (IRDs). SparingVision is developing SPVN06, a breakthrough gene therapy approach aimed at stopping or slowing disease progression in patients affected by IRDs and dry age-related macular degeneration (AMD), regardless of their genetic background. McGowan Institute for Regenerative Medicine affiliated faculty member José-Alain Sahel, MD (pictured), Chair of the Department of Ophthalmology at the University of Pittsburgh School of Medicine, Director of the UPMC Eye Center, the Eye and Ear Foundation Chair of Ophthalmology, and Director of the Institut de la Vision (Sorbonne Universite, Inserm, CNRS, Paris), is a co-founder of SparingVision along with Thierry Léveillard, PhD.

According to a news release, the company has also submitted a clinical trial authorization (CTA) application to the French regulator (ANSM), which is currently under review.

The company noted that the approval paves the way for the start of Promising Rod-Cone Dystrophy Gene Therapy (PRODIGY), a first-in-human (FIH) Phase I/II clinical trial. First safety data are anticipated in 2023 and the primary endpoint is expected to be reached in 2025.

The company noted that PRODYGY is a Phase I/II study to assess the safety, tolerability, efficacy, and quality of life following a single subretinal injection of SPVN06 in the worst-seeing eye of adult patients with RP due to a mutation in the RHO, PDE6A, or PDE6B gene. The study will recruit up to a total of 33 patients, in two steps:

Step One: open-label, dose-escalation phase including three cohorts of three subjects with advanced forms of RP, to determine two recommended highest tolerated doses for Step Two. The decision to initiate cohorts 2 and 3 will be based on the review by a Data Safety Monitoring Board (DSMB) of all available safety data from all subjects of the previous cohort(s).

The primary endpoint of PRODYGY is the safety and tolerability of SPVN06, 12 months after administration of a single injection of the gene therapy. Secondary objectives include notably preliminary efficacy and quality of life data. In addition, the long-term follow-up of the study will focus on safety and tolerability for a total of five years after treatment administration.

Daniel Chung, MD, chief medical officer of SparingVision, noted that RP is a highly prevalent eye disease leading inevitably to blindness with no treatment available for the vast majority of patients.

“The unique neuroprotective mechanism of action of SPVN06 has the potential to change the course of the natural history of the disease, independently of the genetic background of patients and of the time of disease diagnosis,” he said in the news release. “With this Phase I/II trial we will be looking to demonstrate SPVN06’s safety and tolerability as well as identify preliminary signs of efficacy through several structural, functional, and quality of life endpoints.”

SPVN06 is a breakthrough gene therapy approach aimed at stopping or slowing disease progression in patients affected by IRDs and dry age-related macular degeneration (AMD), regardless of their genetic background. SparingVision is initially focused on mid-stage RP, one of the leading causes of blindness globally that affects two million patients. SPVN06 counteracts the degeneration of cone photoreceptors by restoring RdCVF, a neurotrophic factor naturally produced by functioning rods in the retina; and by promoting RdCVFL, a potent antioxidant which protects cones against oxidative stress.

Moreover, the company noted that the DNA of the two distinct isoforms (RdCVF and RdCVFL) of the NXNL1 gene are supplied via an Adeno-associated virus (AAV), the viral vector of choice for retinal gene therapy. The treatment is delivered by subretinal injection, a route of administration that has already been proven safe and efficacious for the delivery of gene therapy.

“Securing the IND clearance is a testament to the incredible efforts of everyone at SparingVision, but also to the strength of the science, which encompasses more than 20 years of leading research by our scientific founders, including Professor José Sahel, chair of the Ophthalmology Department at the University of Pittsburgh Medical Center,” Mr. Boissel explained. “With over 80 genes involved in RP, each with numerous causative mutations, we need to go beyond the gene-by-gene treatment approach. SPVN06 has the potential to become the universal therapeutic solution that patients need, and we are excited for the next phase of development.”