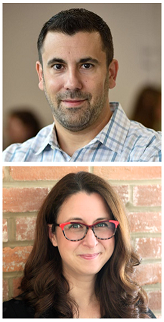 The American Institute for Medical and Biological Engineering (AIMBE) announced the election of 174 new members of the AIMBE College of Fellows in recognition of their distinguished and continuing achievements in medical and biological engineering.  Two of those inductees include McGowan Institute for Regenerative Medicine affiliated faculty members: