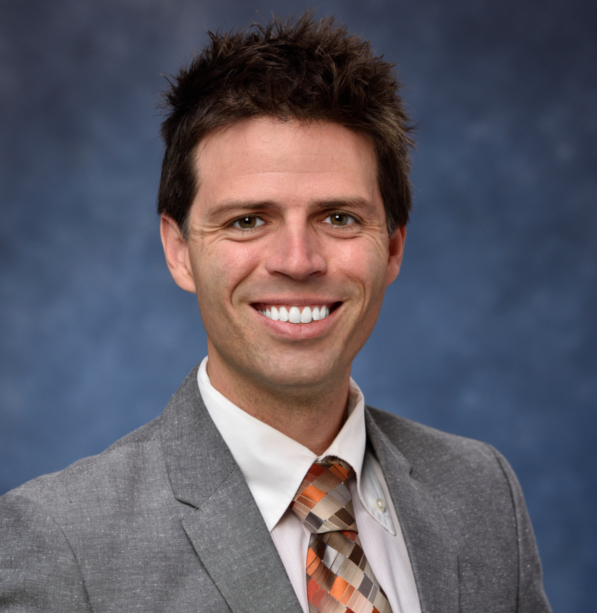 McGowan Institute for Regenerative Medicine affiliated faculty member Jason Shoemaker, PhD, Assistant Professor in the Departments of Chemical and Petroleum Engineering and Computational and Systems Biology, recently received National Institutes of Health funding for two R21s. Both of these R21s will be awarded from the National Institute of Allergy and Infectious Diseases.

The first is entitled “Sex-Specific Immune Responses to Severe Influenza Virus Infection” and is for $450,000 where Dr. Shoemaker is the PI.  The abstract follows:

Men and women experience influenza virus infection differently, with women often experiencing a more severe infection. Lung immunopathology is a major contributing factor to influenza virus disease severity and has been linked to differential disease outcomes in men and women. The differences between male and female immune responses during infection are the immune response dynamics, i.e., the speed and magnitude of the reaction of key immune molecules and cells to the virus. These dynamics are regulated by the molecular and cellular interactions that comprise the lung immune system, and it has been shown that lung immune dynamics can be altered in women by altering levels of circulating sex steroids (estradiol) to affect lung inflammation and overall infection severity. Here, we propose an experimental and computational modeling study to quantify the differential immune kinetics that drive the distinct lung immunopathological outcomes observed between men and women. Human male and female infection outcomes have been recapitulated in mouse models. We will infect male and female mice with a moderate pandemic H1N1 virus and a deadly avian influenza virus, collect dynamic immunologic and hormone data, and train mathematical models to the data to quantify the immune kinetics regulating the differential dynamic lung immune responses observed between the sexes. The immunologic data will include major cytokines and immune cells with established significance to virus clearance and respiratory tissue inflammation. Successful completion of the research program will provide the first sex-specific mathematical models of influenza-induced immune responses, the first mathematical models of the avian influenza-induced immune response, and the first mathematical models quantifying the impact of sex hormones on lung immune regulation in females. By quantifying which immune kinetics are different between males and females during moderately and severely pathogenic infections, we will generate novel hypotheses on the molecular/cellular origins of lung immunopathology during influenza infection and provide quantitative evidence on whether mechanisms promoting severe lung pathology are dependent on sex, virulence of the virus, or both factors. And, quantifying the relationship between sex hormones and lung immune activity in females may provide insight into the mechanisms associated with the increased susceptibility experienced by pregnant women during severe influenza virus infection.

The second is entitled “Mathematical Modeling of Influenza Severity in Outbred Mice” and is also for $450,000 where Dr. Shoemaker is a Co-PI.  The abstract follows:

In the United States, pulmonary influenza infection occurs annually in 5-20% of the population with mortality in the range of 30,000 deaths. The recent 2009 influenza H1N1 pandemic illustrated the potential for higher infection rates, which were reported to be as high as 45% in certain age groups. The 2017-18 influenza season had the highest pediatric mortalities since the 2009 pandemic. Influenza infection is known to result in a broad spectrum of disease phenotypes in humans, although severe pneumonia is relatively rare. Despite this, severe disease often requires advanced supportive care in the young, including previously healthy children. Host factors involved in determining the outcome of influenza infection are unclear and children are known to be at higher risk of severe disease. First life exposure to influenza is also thought to dictate life-long immunity. Little is known about the effects of young age and gender on influenza responses and severity. This underscores the importance of understanding influenza pathogenesis in a pediatric population. Influenza pathogenesis is likely mediated in large part by exuberant inflammatory host responses in the lung. It is likely that predictive soluble inflammatory mediators are present in severe infection. Further, predictive biomarkers or mathematical models of influenza pneumonia severity would enhance clinical decision making and patient care. We propose that machine learning and mathematical modeling of host immune endpoints will define a molecular fingerprint of severe influenza pneumonia in juveniles. This hypothesis will be tested in two Aims. Aim 1 will focus on characteristic molecular pathways related to influenza severity in juvenile animals, using outbred mice. We will utilize machine learning and new mathematical approaches for pathway and biomarker selection. Aim 2 will test mathematical models of influenza pathogenesis to elucidate new mechanisms that drive lung injury. The overall goal of the proposed study is to identify novel biomarkers and mechanistic models of influenza pneumonia severity that can be applied to children. To accomplish this, we will use a broad, exploratory, and unbiased approach. Candidate biomarkers and pathways would then be evaluated in future mechanistic and translational studies in mice and humans.