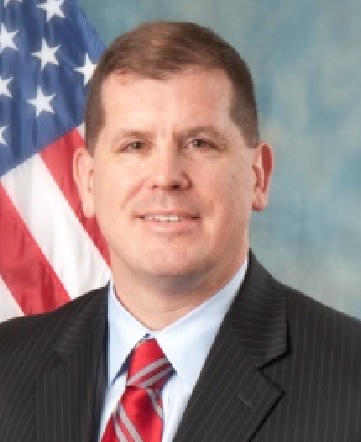 The University of Pittsburgh is conducting a $2 million study to determine the best way for the Marine Corps to approach gender integration at its two boot camps per an article by Caitlin Kenney, a writer for Stars and Stripes.

The Marine Corps wants “an independent, scientifically credible study of the models of entry-level military training to identify potential alternatives to increase gender integration of entry-level training,” McGowan Institute for Regenerative Medicine affiliated faculty member Bradley Nindl, PhD, a co-principal investigator and senior adviser for the study, said.  Dr. Nindl is Director of the Neuromuscular Research Laboratory/Warrior Human Performance Research Center and Professor in the Department of Sports Medicine in the School of Health and Rehabilitation Sciences at the University of Pittsburgh.

The study will start October 21, 2020, and is expected to last 18 months, according to Dr. Nindl. The results are to be published in a peer-reviewed journal, however which one is still to be determined, he said.

“Synthesis of the results of this study by a non-Defense Department entity will ensure that the findings of the study are unbiased and that actionable recommendations are grounded in evidence. Vetting of the findings through the peer-review process will further substantiate the results,” Dr. Nindl said.

The study will include interviews, focus-group surveys, physical performance data collection, saliva samples for cortisol — a marker for stress, and injury surveillance, according to Dr. Nindl. One goal of the study is to look at “best practices” from the other military services and see how they can be adapted to the Marine Corps, he said.

The study will specifically address “the sociological effects to increased gender integration and consider training models which maintain the same level of discipline, physical fitness, attention to detail, and camaraderie,” according to a Marine Corps statement.

Parris Island has limited barracks space for women, and San Diego has none, so even getting women and men to train on both coasts immediately cannot happen, Gen. Berger said.

“It’s definitely not as simple as build a couple buildings, and we’ll be there,” he has said about infrastructure concerns at boot camps.

In the meantime, the Marine Corps will conduct its own study in the winter by sending a group of female drill instructors to Marine Corps Recruit Depot San Diego to see how the service can train female recruits at the base for the first time, Gen. Berger said.

Despite the challenges, Gen. Berger said in five years he would like to see as many companies as possible training platoons comprised of men and women.