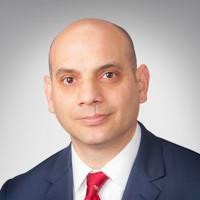 McGowan Institute for Regenerative Medicine affiliated faculty member Pablo Sanchez, MD, PhD, is an Associate Professor of Cardiothoracic Surgery; Vice Chairman, Benign Lung Diseases; Chief, Division of Lung Transplant and Lung Failure; Surgical Director, Lung Transplantation and ECMO; Director, Lung Transplant Research; and, Director, Ex Vivo Lung Perfusion (EVLP) Program, all within the Department of Cardiothoracic Surgery at the University of Pittsburgh. The UPMC Lung Transplant Program is one of the most recognized and experienced centers in the world. Physicians of this team evaluate many high-risk patients, including those needing re-transplantation. Beth Slack was one of these patients. Dr. Sanchez and Mrs. Slack were interviewed recently by Meghan Schiller, KDKA. Watch the interview here; part of their conversation transcript follows:

“I’m actually feeling great,” Mrs. Slack said, a mother of two. “My children just started football and cheerleading, for once I can step in with them and help out and run alongside the field. I volunteer with the other parents, we ride bikes up and down our street, it’s a lot, there’s a lot I can do now.”

Mrs. Slack’s situation is unique, and it was a certain health condition that caused her to need a second double lung transplant, according to Dr. Sanchez.

“She has something that is called ‘Kartagener’s syndrome,’ which is a genetic disorder which pretty much [means] all her organs are flipped,” he explained. “So, her liver is actually on the wrong side, her lungs are flipped, everything is completely the opposite of what you’d see in a normal person.”

So, how does a doctor deal with someone with such a unique situation?

Mrs. Slack’s need for a second double transplant is extremely rare, according to Dr. Sanchez.  In a good year, there are 40 patients out of 3,000 transplants (or less than 5%) they see that need a re-transplantation.

With a new lease on life, Mrs. Slack has plenty to look forward to.

“Honestly, I’m just looking forward to hopefully having simplicity, normalcy, to give my kids a normal life and for them not to have a sick mom,” she said. “And to be able to do everything every other mother can do.”

She also has an inspiring message to those waiting for the same call she waited for.

“Don’t lose hope and keep up the fight because it’s worth it,” she said. “It’s not easy, I warn everybody that asks me, and that’s even what Dr. Sanchez told me – that if I want it, I got to work for it. Still to this day, I work, it’s not easy, there’s still challenges that I’ve gone through.”