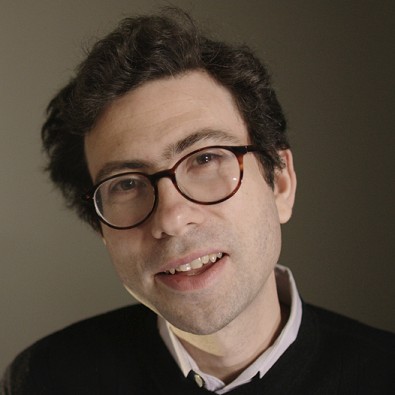 Often inaccurately hyped up as the “pleasure molecule,” dopamine is implicated more in “pursuing” than producing pleasure, explains Rabeea Saleem in her article for The National. For example, if you enjoy a sugar rush, dopamine is responsible for motivating you to seek a cupcake to satisfy your cravings, rather than the actual rush. She spoke with McGowan Institute for Regenerative Medicine affiliated faculty member Zachary Freyberg, MD, PhD, assistant professor in the Departments of Psychiatry and Cell Biology at the University of Pittsburgh, for her article.

Dopamine acts as a key motivator in maintaining addictive behavior, which is why the level of dopamine released can be used to gauge the addictiveness of a particular object or experience.

Dopamine also plays a key role in our motivation, pleasure, and reward system. It boosts mood and attention while helping to regulate our movement, learning, sex drive, and emotional responses. Meanwhile, imbalance of dopamine levels plays a significant part in a host of mental health problems, including psychiatric illnesses such as schizophrenia, bipolar disorder, and Parkinson’s disease.

Meanwhile, dopamine fasting has been popularized by wellness influencers. It is the antidote to overstimulation and consists of abstention from food, drugs, and other desires, and in some extreme cases, talking to other people for 24 hours or more. In many ways it is the rebranding of the traditional fasting practiced for religion and older wellness fads such as intermittent fasting.

The end goal is a brain “reset” for a decluttered, more focused brain. But this moniker is misleading because complete dopamine abstinence is not possible.

“Dopamine fasting is a prime example of exaggerating the role of dopamine,” says Dr. Freyberg, who studies human disorders of dopaminergic neurotransmission, including addiction, schizophrenia, and Parkinson’s disease.

“In itself, this is good as it makes people more mindful of their surroundings and of themselves as they take a pause from screens.”

But the idea of fasting from dopamine is misleading because it does not actually deplete the chemical or block its activity in the brain, because it is also used for a variety of other functions.

“For example, dopamine is essential for coordinating basic movement, and when its levels drop in the brain, this can create movement difficulties,” Dr. Freyberg says.

A more accurate description would be a stimulation fast or unplugging from the world. Dopamine acts as a “switchboard” that tunes and helps direct our attention and budget our energy levels. Our brain is more than the sum of its parts, so a holistic approach is more useful in understanding how it interacts with our behavior.