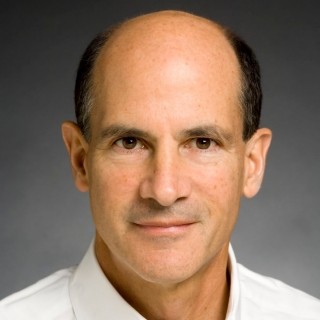 Physical exercise is great for a mouse’s brain, and for yours. Numerous studies conducted in mice, humans and laboratory glassware have made this clear. Now, a new study shows it’s possible to transfer the brain benefits enjoyed by marathon-running mice to their couch-potato peers.

Stanford School of Medicine researchers—including McGowan Institute for Regenerative Medicine affiliated faculty member Thomas Rando, MD, PhD, the Director of the Eli and Edythe Broad Center of Regenerative Medicine and Stem Cell Research at the University of California, Los Angeles (formerly, a Professor, Department of Neurology and Neurological Sciences, Stanford University School of Medicine)—have shown that blood from young adult mice that are getting lots of exercise benefits the brains of same-aged, sedentary mice. A single protein in the blood of exercising mice seems largely responsible for that benefit.

The discovery could open the door to treatments that — by taming brain inflammation in people who don’t get much exercise — lower their risk of neurodegenerative disease or slow its progression.

In the study, published in Nature, the Stanford researchers compared blood samples from exercising and sedentary mice of the same age. They showed that transfusions of blood from running mice reduced neuroinflammation in the sedentary mice and improved their cognitive performance. In addition, the researchers isolated a blood-borne protein that appears to play an important role in the anti-neuroinflammatory exercise effect.

Anybody who’s suffered from influenza can relate to the loss of cognitive function that comes from a fever-inducing viral infection, Wyss-Coray said: “You get lethargic, you feel disconnected, your brain doesn’t work so well, you don’t remember as clearly.”

That’s a result, at least in part, of the body-wide inflammation that follows the infection. As your immune system ramps up its fight, the inflammation spills over into your brain. Neuroinflammation also exacerbates the progression of Alzheimer’s and other neurodegenerative diseases, said Wyss-Coray, a neuro-immunologist who in a study published earlier this year identified signs of brain inflammation in people who had died of COVID-19.

Wyss-Coray is the new study’s senior author. The lead author is Zurine De Miguel, PhD, a former postdoctoral scholar in Wyss-Coray’s group who is now an assistant professor of psychology at California State University, Monterey Bay.

It’s already known that exercise induces a number of healthy manifestations in the brain, such as more nerve-cell production and less inflammation.

“We’ve discovered that this exercise effect can be attributed to a large extent to factors in the blood, and we can transfer that effect to a same-aged, non-exercising individual,” said Wyss-Coray, the D. H. Chen Professor II.

Mice love to run. Give a caged mouse access to a running wheel a few inches in diameter and, with no training or prompting, it will rack up 4 to 6 miles a night (they sleep by day) on legs that are much shorter than ours. If you lock the wheel, the mouse won’t log nearly as much exercise, although it’s still free to skitter hither and thither about its cage (roughly equivalent to heading into the kitchen now and then to fetch a beer or a snack from the fridge).

The investigators put either functional or locked running wheels into the cages of 3-month-old lab mice, which are metabolically equivalent to 25-year-old humans. A month of steady running was enough to substantially increase the quantity of neurons and other cells in the brains of marathoner mice when compared with those of sedentary mice.

Next, the researchers collected blood from marathoner and, as controls, sedentary mice. Then, every three days, they injected other sedentary mice with plasma (the cell-free fraction of blood) from either marathoner or couch-potato mice. Each injection equaled 7% to 8% of the recipient mouse’s total blood volume. (An equivalent amount in humans would be about ½ to ¾ of a pint.)

In addition, sedentary mice receiving plasma from marathoner mice had more cells that give rise to new neurons in the hippocampus (a brain structure associated with memory and navigation) than those given couch-potato plasma transfusions.

“The runners’ blood was clearly doing something to the brain, even though it had been delivered outside the brain, systemically,” said Wyss-Coray.

Turning to an examination of proteins in the marathoner mice’s blood, the Stanford team identified 235 distinct proteins, of which 23 were scarcer and 26 more abundant in marathoner compared with couch-potato mice. Several of these differentially expressed proteins were associated with the complement cascade — a set of about 30 blood-borne proteins that interact with one another to kick-start the immune response to pathogens. Chronic inflammation resulting from aberrant activation of the complement system, Wyss-Coray noted, appears to accelerate the progression of many neurodegenerative disorders.

A protein of interest

Removing a single protein, clusterin, from marathoner mice’s plasma largely negated its anti-inflammatory effect on sedentary mice’s brains. No other protein the scientists similarly tested had the same effect.

Clusterin, an inhibitor of the complement cascade, was significantly more abundant in the marathoners’ blood than in the couch potatoes’ blood.

Further experiments showed that clusterin binds to receptors that abound on brain endothelial cells, the cells that line the blood vessels of the brain. These cells are inflamed in the majority of Alzheimer’s patients, noted Wyss-Coray, whose research has shown that blood endothelial cells are capable of transducing chemical signals from circulating blood, including inflammatory signals, into the brain.

Clusterin by itself, even though administered outside the brain, was able to reduce brain inflammation in two different strains of lab mice in which either acute body-wide inflammation or Alzheimer’s-related chronic neuroinflammation had been induced.

Separately, the investigators found that at the conclusion of a six-month aerobic exercise program, 20 military veterans with mild cognitive impairment, a precursor to Alzheimer’s disease, had elevated clusterin levels in their blood.

Wyss-Coray speculated that a drug that enhances or mimics clusterin’s binding to its receptors on brain endothelial cells might help slow the course of neuroinflammation-associated neurodegenerative diseases such as Alzheimer’s.

Wyss-Coray is a member of the Stanford Wu Tsai Neuroscience Institute, Stanford Bio-X, and the Stanford Maternal and Child Health Research Institute; and a faculty fellow of Stanford ChEM-H.