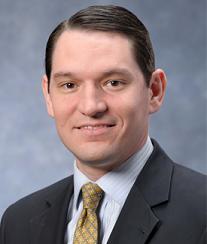 The world’s leading organization for delivery science and technology has recognized McGowan Institute for Regenerative Medicine faculty member Steven Little, PhD, with election to its College of Fellows. The Controlled Release Society (CRS) elevated Dr. Little, the William Kepler Whiteford Endowed Professor and Chair of the Department of Chemical and Petroleum Engineering at the University of Pittsburgh’s Swanson School of Engineering, for outstanding and sustained contributions to the field of delivery science and technology over a minimum of ten years.

“This year’s class of CRS Fellows is exceptional. Dr. Little is recognized for his impressive scholarly contributions to the literature, technologies based on his discoveries that are poised to make a clinical impact, and exemplary service to the CRS in building the CRS Focus Groups, and serving as its inaugural director. He is a highly respected leader in the field,” noted Justin Hanes, PhD, CRS President and the Lewis J. Ort Professor and Director of the Center for Nanomedicine at the Wilmer Eye Institute, Johns Hopkins University School of Medicine.

Dr. Little’s novel drug delivery systems mimic the body’s own mechanisms of healing and resolving inflammation, allowing for dosages millions of times smaller than current treatments. These systems need only be applied once and then are released over a period of days or months, depending on the medication. This year, Dr. Little published groundbreaking research revealing a new immunotherapy system that mimics how cancer cells invade the human immune system to reduce the risk of transplant rejection.

Dr. Little has also made advancements to the fundamentals of delivery science with predictive models enabling rational design of drug delivery systems and leading to the founding of Qrono, Inc, a specialty pharma company in Pittsburgh, PA.

“The CRS is an amazing, international organization that is led by many of the world’s leading scientists advancing the field of drug delivery.  Election to Fellow in this organization is only possible because of the many contributions by our students, postdoctoral researchers, and our collaborators at the University of Pittsburgh,” said Dr. Little. “It’s extremely humbling to me personally, because the Fellows of the CRS are people that have mentored me, and those who I have admired for my entire career.”

Dr. Little received his PhD in Chemical Engineering from Massachusetts Institute of Technology in 2005, with his thesis winning the American Association for Advancement of Science’s Excellence in Research Award.

Dr. Little has been recognized by national and international awards including the Curtis W. McGraw Research Award from the ASEE, being elected as a fellow of the BMES and AIMBE, a Carnegie Science Award for Research, the Society for Biomaterials’ Young Investigator Award, the University of Pittsburgh’s Chancellor’s Distinguished Research Award, being named a Camille Dreyfus Teacher Scholar, being named an Arnold and Mabel Beckman Young Investigator, and being elected to the Board of Directors of the Society for Biomaterials. In addition, Dr. Little’s exceptional teaching and leadership in education have also been recognized by both the University of Pittsburgh’s Chancellor’s Distinguished Teaching Award and a 2nd Carnegie Science Award for Post-Secondary Education. Dr. Little was also recently named one of Pittsburgh Magazine’s 40 under 40, a “Fast Tracker” by the Pittsburgh Business Times, and also one of only five individuals in Pittsburgh who are “reshaping our world” by Pop City Media.