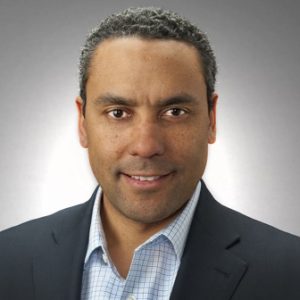 A child’s history of depression and concussion within the previous year, along with their race, ethnicity, and sex, can help predict the likelihood of a suicide attempt, according to a new study led by University of Pittsburgh School of Medicine researchers. McGowan Institute for Regenerative Medicine affiliated faculty member David Okonkwo, MD, PhD (pictured), Professor of Neurological Surgery and Director of the Neurotrauma Clinical Trials Center, Director of Neurotrauma and of the Scoliosis and Spinal Deformity Program at UPMC, and Clinical Director of the Brain Trauma Research Center, is a co-author of the study.

The study, published in JAMA Network Open, is one of the first to delve into the complex relationship between race, ethnicity, depression, and concussion in teenagers and pre-teens.  The researchers gathered data from over 28,000 children in 9th through 12th grades who completed a national survey on their history of depression and whether they had a concussion caused by physical activity, which revealed eye-opening statistics about what groups were at risk for suicide attempts.

“Depression is a major predictor of a suicide attempt, which is why we wanted to look at children with and without depression. But our primary goal was to investigate if concussion would magnify risk for certain subgroups based on race, ethnicity, and biological sex,” said Shawn Eagle, PhD, lead author and research assistant professor in Pitt’s Department of Neurological Surgery.

Eagle points out that increased risk for suicide attempts with no reported depression history in certain racial and ethnic groups compared to others suggests how critical race and ethnicity can be to a child’s mental well-being in the United States.

This study included more than 28,000 survey participants, with 3,874 children reporting that they had suffered concussions in the last year. Overall, approximately 1,900 children said they had attempted suicide. Of those who had a suicide attempt, 80% reported experiencing depression within the year.

Data was collected from The Youth Risk Behavior Surveillance System (YRBSS), a Centers for Disease Control and Prevention-sponsored survey that monitors six categories of health-related behaviors that contribute to the leading causes of death and disability among youth and adults.

Prior studies have examined the association of concussions and suicide attempts in select minority groups as compared to white people, but this study is the first to compare ethnic and racial groups in a more detailed way, said co-author Anthony Kontos, PhD. He is director of research for the UPMC Sports Medicine Concussion Program and professor in the Department of Orthopaedic Surgery in Pitt’s School of Medicine.

“By looking more specifically at individual racial and ethnic groups, our findings provide more targeted data about each group’s risk factors, thereby improving our potential to develop more effective strategies to enhance patient care for these underserved groups,” he said.

The research team notes that the YRBSS data does not capture key variables and they cannot verify the information reported in the surveys. The surveys do not include details of when a child suffered a concussion or experienced depression, which could yield critical information about how these variables may directly lead to suicide attempts.

Dr. Eagle hopes future research will follow a large number of children over time to better understand how and why some groups are more vulnerable than others, and determine the timeline of concussion, depression, and suicide attempts.