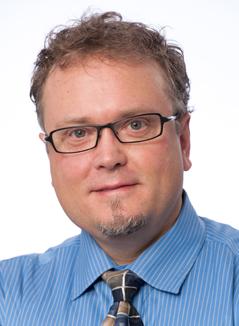 Just as a climbing plant needs the right trellis to thrive, a small-diameter tissue-engineered vascular graft (TEVG) needs the right scaffold to transform seeded cells into a native-like artery that can save a life.

A team led by McGowan Institute for Regenerative Medicine affiliated faculty member David Vorp, PhD, Associate Dean for Research, Swanson School of Engineering, and the John A. Swanson Professor of Bioengineering, University of Pittsburgh, received a $1.1M award from the National Institutes of Health to optimize this emerging technology for cardiovascular disease. They will examine the best combination(s) of active “payload” and scaffold to develop a feasible alternative to the decades-old practice of using vessels harvested from a patient’s own chest or leg.

Coronary heart disease – a worldwide leading cause of death – damages arteries that carry a vital supply of blood, oxygen, and nutrients to the heart. Surgeons typically replace damaged vessels with healthy autologous ones that are harvested from a different part of the patient’s body, but according to Dr. Vorp, they are not an ideal substitution.

“Autologous vessels are not ideal in that they are limited in number and/or are not naturally designed to function as an artery,” he said. “They have been the gold standard in bypass grafts, but in recent years, companies have begun clinical testing on TEVGs developed in research labs like ours.”

Dr. Vorp’s team has developed a TEVG based on the well-known regenerative power of mesenchymal stem cells (MSCs), which both prevent blood from clotting on the implanted TEVG and recruit host immune cells that participate in the regeneration process. MSCs are adult stem cells most often derived from a patient’s bone marrow.

A successful TEVG will grow and remodel into a native-like artery. It consists of a scaffold that provides a framework for seeded cells, which when given environmental cues, will promote tissue regeneration. In this project, Dr. Vorp and his collaborators will examine a variety of successful “payloads” and scaffolds to determine which combinations work best.

“We believe that the regulatory pathway for a cell-free configuration would be faster if it is shown to be as effective as a cell-based approach,” Dr. Vorp said.

They will assess each feasible combination of payload and biodegradable scaffold, which will be made from materials in the polyurethane and silk families.

“Our previous work has focused on the ability of some of our payload and scaffold combinations to remodel into a successful TEVG when implanted as an aortic replacement graft in rats,” said Dr. Vorp. “This NIH Catalyze grant will now allow us to more rigorously optimize the grafts in the small animal model to narrow down the number of combinations to be tested in a large animal model.”

Finding the best combination(s) of payload and scaffold is only the first step of this project. It is part of a two-phase Catalyze grant from the NIH’s National Heart Lung and Blood Institute, which includes a one-year R61 grant in which the team must achieve the necessary milestones to be eligible to transition to the two-year R33 award.

In the second part of the project, the group will use the R33 award to address the manufacturability and other clinical translational aspects of a TEVG, including large animal testing of the best configuration(s).

“We will work with ‘accelerator partners,’ including RoosterBio, Inc. and Pitt’s Clinical & Translational Sciences Institute, as well as regulatory consultants to begin addressing manufacturability for clinical translation,” Dr. Vorp said.

Though there are many advantages to TEVGs, the technology also has its challenges. The researchers hope that finding an optimal configuration will decrease the chance of stenosis, a common complication where the vessel narrows and limits blood flow.

The goal of this award is to find a design that can advance to the clinical phase of development and eventually reach the market as a better-quality graft for bypass surgery.

Dr. Vorp also holds secondary appointments in the Departments of Cardiothoracic Surgery, Surgery, and the Clinical & Translational Sciences Institute at the University of Pittsburgh.  He also serves as a Co-Director of the Center for Medical Innovation and the Director of the Vascular Bioengineering Laboratory.