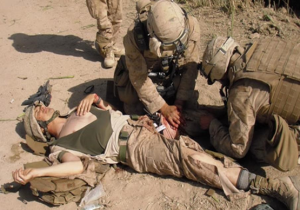 In 2010, 26-year-old Sgt. Ron Strang of Jefferson Hills, Pennsylvania, was on patrol in Afghanistan when a roadside bomb went off, decimating part of his left thigh. Lucky to be alive, Sgt. Strang underwent 14 surgeries in 18 months, but still had limited function of his left leg.

With funding to the McGowan Institute from the US Department of Defense, Sgt. Strang was eventually able to take part in a study conducted by the University of Pittsburgh and UPMC. The study sought to regenerate muscle using an extracellular matrix (ECM) from a pig’s bladder—technology developed at McGowan.

When Sgt. Strang first arrived for the study, he was asked to jump as far as he could using only his injured left leg. He was only able to jump one inch, was unable to run, and often fell several times a week; his quadricep had lost 68 percent of its muscle tissue. Six months after his surgery—an implanting of tissue scaffolding created from a pig’s bladder—Sgt. Strang was able to jump 24 inches using only his left leg. In addition, Strang and the other five participants in the study were soon able to run, bicycle, play soccer, and ski. 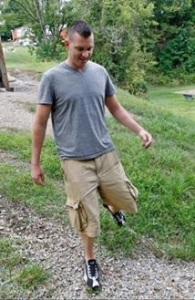 The study was groundbreaking; it demonstrated the regeneration of functional muscles in humans via the application of ECMs. By removing scar tissue from the damaged leg muscles and placing the ECM next to nearby healthy muscle, mature skeletal muscle cells emerged and migrated to the site of the ECM placement. The pig ECM eventually degraded and was replaced by healthy muscle, granting Sgt. Strang the ability to regain his confidence, mobility, and active lifestyle.

The success story of Sgt. Strang holds promise for thousands who have been maimed by explosives during their time in the military and whose options are currently mostly limited to amputation. 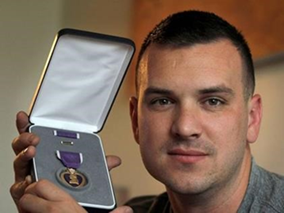