Since 2010, Mr. Stephen Winowich has been the President of Procirca.  Prior to this, he was the Vice-President and Chief Operating Officer of Vital Engineering, a division of Procirca that arose from the UPMC Artificial Heart Program where he specialized in both adult and pediatric mechanical circulatory support (MCS) technologies.  He has held numerous technical and leadership roles in Vital Engineering and the UPMC Artificial Heart Program during his 34-year tenure and has participated in the care of over 1200 MCS patients.  Mr. Winowich assumed the role of Director of the Clinical Artificial Heart Program for UPMC in 1996, and presently serves as the Senior Advisor.

Mr. Winowich has exceptional understanding of the development and clinical translation of advanced technologies.  He participated in the first ever HeartMate® II implant, served on the data safety and monitoring boards, and participated on clinical advisory committees for an array of circulatory support device manufacturers.

Mr. Winowich earned his BS in Chemical Engineering from the University of Pittsburgh. 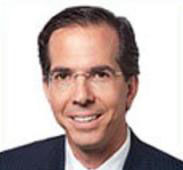