Dr. Poropatich is an experienced Pulmonary/Critical Care Medicine physician who served 30 years on active duty in the US Army retiring in 2012 at the rank of Colonel with extended assignments at the Walter Reed National Military Medical Center, Bethesda, MD (formerly the Walter Reed Army Medical Center WRAMC, Washington, DC), from 1985 to 2012. His last assignment was at the US Army Medical Research and Materiel Command (USAMRMC) at Fort Detrick, MD, serving as the Deputy Director of the Telemedicine and Advanced Technology Research Center (TATRC) from 2006-2012 where he managed large medical research programs and developed novel research programs and technologies in medical informatics and telemedicine.

Dr. Poropatich received his medical degree from Drexel University in 1985. He completed his internship and residency in Internal Medicine at the Walter Reed Army Medical Center (WRAMC) in 1988 and was selected as Chief of Medical Residents in the WRAMC Department of Medicine from 1988-1989. He completed his fellowships in Pulmonary and Critical Care Medicine in 1992 also at the WRAMC. As a full-time Pulmonary/Critical Care medicine physician from 1989 to 1995, Dr. Poropatich’s early research interests were in sarcoidosis, an inflammatory lung condition, and the general field of bronchoscopy.

Colonel/Retired Poropatich led the U.S. Army effort from 1992-2012 in the development and deployment of telemedicine capability across 22 time zones for remote consultation for both overseas locations (Afghanistan, Iraq, Somalia, Kuwait, Haiti, Croatia) as well as stateside U.S. Army locations. He served as the U.S. Army Medical Informatics Consultant from 2000-2008. Since 1996, he has served as an Associate Editor for the “Telemedicine and e-Health Journal,” is the former Chair of the NATO Telemedicine Expert Team (2000-2012), and former President (2002-2003) and Board Member of the American Telemedicine Association since 1995. 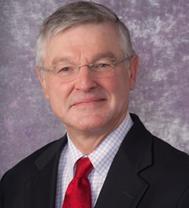