The Parker Lab focuses on the development and translation of systems engineering tools, including mathematical modeling, dynamical analysis, control theory, and optimization to address clinically-relevant problems in the areas of inflammation, cancer, and diabetes/glucose control. These advanced computational techniques help clinicians visualize, assimilate, analyze, and formulate decisions using the complex interplay of the measurements and data available to them. Close collaboration and communication with clinical scientists at the University of Pittsburgh provide the rapid feedback that facilitates the translation of engineering tools to the clinic. Dr. Parker’s research efforts are funded by the National Science Foundation, the American Chemical Society, and the National Institutes of Health.

Dr. Parker is the recipient of many awards. Most recently, he was awarded the David L. Himmelblau Award from CAST Division of the American Institute of Chemical Engineers (AIChE) (with F.J. Doyle III and E.P. Gatzke, 2011), the 2009 Paper of the Year, Computers and Chemical Engineering (with J.M. Harrold), the National Science Foundation CAREER Award (2002-2006), and the Carnegie Science Center Excellence in Higher Education Award (with J.J. McCarthy and M. Besterfield- Sacre, 2008). Dr. Parker is a member of several professional organizations, namely AIChE (since 1996), the Institute of Electrical and Electronics Engineers (IEEE)/Engineering in Medicine and Biology Society (since 1996), the IEEE/Control Systems Society (since 1999), the American Society for Engineering Education (since 1994), and the Order of the Engineer (since 2002). He is a Reviewer and/or Editor for many publications, including but not limited to, Computers and Chemical Engineering, Control Engineering Practice, Industrial & Engineering Chemistry Research, Advances in Drug Delivery Reviews, Cancer Chemotherapy and Pharmacology, Diabetes, Diabetes Technology, the Journal of Biotechnology, and Biotechnology and Bioengineering. 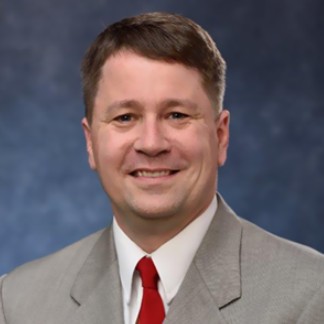