At Cornell University, Dr. James Antaki is the Susan K. McAdam Professor of Heart Assist Technology in the Meinig School of Biomedical Engineering.

Dr. Antaki holds an Adjunct Professor position at the University of Pittsburgh in the Department of Bioengineering, and formerly Department of Surgery. His main academic appointment from 2003-2018 was at Carnegie Mellon University (CMU) where he was a Professor in Biomedical Engineering. He also held a courtesy appointment in the Computer Science Department at CMU. Dr. Antaki holds several other non-academic posts, including Chief Scientific Advisor, Tropical Health Systems, LLC; Chief Scientific Officer, MIVAD, Inc.; President, AntakaMatics, Inc.; and President, Heart Hope for Kids, LLC.

The majority of Dr. Antaki’s professional career has been devoted to the development of blood-wetted medical devices. Equally important as the devices themselves, his research focuses on the methodology by which they are designed and implemented. For example, his group was one of the pioneers in physiological feedback control of implanted ventricular assist devices. They also developed one of the first decision support programs for identifying heart failure patients who could potentially recover with the acute mechanical circulatory assistance.

Over the past 24 years, Dr. Antaki has contributed to the development of several heart-assist devices used clinically, including the Heartmate-II, Novacor, Ventracor, TandemHeart, and Levacor. In 1997, he directed a multidisciplinary team that produced the Streamliner heart-assist device – the world’s first magnetically levitated rotodynamic blood pump to be tested in-vivo. For this work, his partner and he were awarded an IEEE Controls Systems Technology Award in 2001.

A nascent, overarching project aims to accelerate medical innovation by professional networking between physicians and medical product designers. In summary, Dr. Antaki’s interest and experience is diverse, yet share a common theme of improving healthcare through biomedical engineering.

Among many honors received by Dr. Antaki is the 2009 Steven Fenves Award for Systems Research and the 2003 H. Koyanagi Young Investigator Award by the 11th Congress of The International Society for Rotary Blood Pumps.  He is also a Fellow of the American Institute for Medical and Biological Engineering. Dr. Antaki holds 19 patents with 10 patents pending and has a prodigious record of publications. He is a Board Member of the American Society of Artificial Internal Organs. 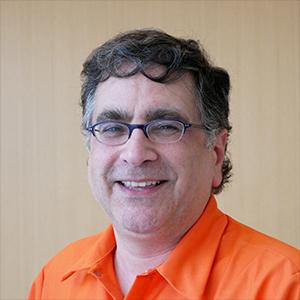