Dr. Luketich received his MD from the Medical College of Pennsylvania in 1986 and completed his general surgery residency in 1992 at the Hospital at the University of Pennsylvania, where he was the Chief Resident of Surgery from 1992-1993. He completed his cardiothoracic and thoracic training at New York Hospital, Cornell Medical Center, and Memorial Sloan-Kettering Cancer Center.

Prior to joining UPMC in 1995, Dr. Luketich was a Senior Instructor in Surgery at Memorial Sloan-Kettering Cancer Center in New York. He has additionally held academic positions at Cornell University Medical College and the University of Pennsylvania.

Dr. Luketich’s areas of interest include thoracic and esophageal surgery. These include gastroesophageal reflux disease, management of hiatal hernias, management of giant paraesophageal hernias, and other disorders of the esophagus, including diverticulitis, strictures, and many others. He has particular expertise in the multi-disciplinary management (combined chemotherapy/radiation and surgery) of esophageal and gastroesophageal cancer, Barrett’s esophagus, and lung cancer. He performs numerous complex operations on disorders such as these using minimally invasive techniques, for which he has become world renowned, performing over 1,500 minimally invasive esophagectomies.

In addition, Dr. Luketich has pioneered numerous minimally invasive approaches for the resection of lung cancer. He has personally performed over 1,000 minimally invasive operations for lung cancer and more recently, he and his group have led the field in using ablative therapies for resectable lung cancer which include such technologies as Cyberknife, Radiofrequency ablation, and microwave ablation.

Dr. Luketich is the principal investigator or co-investigator on numerous research grants and has published over 275 peer-reviewed manuscripts, 162 invited reviews, textbook chapters, and editorials, and over 400 abstracts. He is frequently invited as an honored speaker around the world to present topics that relate to his research and minimally invasive techniques.

Dr. Luketich serves on the editorial boards of the Annals of Surgery, Journal of Thoracic and Cardiovascular Surgery, and the Journal of Gastrointestinal Surgery. Dr. Luketich is a Fellow of the International College of Surgeons, and is a member of many prestigious surgical societies including the American Surgical Association, the American Association for Thoracic Surgery, and the Society of Thoracic Surgeons, among many others. Most recently, Dr. Luketich was named to “Best Doctors in America” (2011-2012), an Honorary Professor, Fudan University Cancer Hospital (2011-2013), “Best Doctors,”Pittsburgh Magazine (2012-2013), the recipient of the Ralph C. Wilde Leadership Award, Allegheny County Medical Society (2012), and the “Faculty of the Year” presented by UPMC Cardiothoracic Surgery Residents (2013). 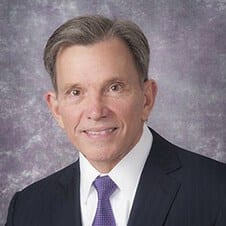