Professor Gerald Schatten is Director of the Pittsburgh Development Center, Professor of Obstetrics, Gynecology and Reproductive Sciences, Cell Biology, Bioengineering and Director of the Division of Developmental and Regenerative Medicine, with join appointments also at the McGowan Institute and the Cancer Center. Dr. Schatten has directly trained >50 doctoral and postdoctoral fellows, along with several MD, MD-PhD, and DVM trainees.  He is active in advanced research training and was the founding director of the FRONTIERS IN REPRODUCTION at Woods Hole, the premier reproduction training vehicle for MD and PhDs.

Of keen importance for Regenerative Medicine, after President Bush’s decision in 2001 to support limited human embryonic stem cell research (he testified to both the US Senate and the President’s Council on Bioethics, as well as with Christopher Reeve at the United Nations), he inaugurated “Frontiers in Human Embryonic Stem Cell Research,” now expanded from technique training to include regeneration as MBL’s “Frontiers in Stem Cells and Regeneration” (www.mbl.edu/education/special-topics-courses/frontiers-in-stem-cells-regeneration ). Leadership changes every 5 years, he relinquished the directorship in 2018 (MBL’s new FOUNDER’S AWARD was awarded to him). Jen Morgan, PhD (MBL), and Ina Dobrinski, DVM, PhD (Calgary), serve as Course Directors now. NIH has continually supported them, with all renewals having a perfect 10 score). Of the ~650 alumni, 87% are independent investigators and 88% have NIH funding.

He is currently President of UNESCO’s International Cell Research Organization.  With extensive funding from the National Institutes of Health, Dr. Schatten is the recipient of an NIH MERIT, and earlier a Research Career Development Award, was honored by the Czech Academy of Sciences with their Purkinje Medal of Science, elected as a Fellow and Delegate of the American Association for the Advancement of Sciences, a Mentor Awardee of the American Society for Cell Biology, Elected Australian Society for Reproductive Biology President’s Lecturer, awarded the Daniel Mazia Award from Stanford University and a Doctor Honoris Causa (Honorary Doctorate) from the University of Nova Gorica, presented by the President of the Republic of Slovenia, among other honors. The Marine Biological Laboratory in Woods Hole awarded him their new FOUNDER’S AWARD in 2018 and he is the 2019 Johan Gregor Mendel Medal for Outstanding Scientific Achievements speaking at Mendel’s home, the Augustinian Abbey in Brno. Czech Republic.  Terrence Mallick’s film “Voyage of Time” (www.imdb.com/title/tt1945228), narrated by Brad Pitt and Cate Blanchett, credits his assistance in the human fertilization animations. The 2021 Academy Award–nominated film produced by President Barak Obama and First Lady Michelle Obama, “Crip Camp,” documents the critical role of CAMP JENED played in empowering the heroic disabled youth leaders who fought for the eventually enacted AMERICANS WITH DISABILITIES ACT (ADA act) (www.netflix.com/title/81001496); he was both a Counselor there and many of these ADA leadership ‘crashed’ at his Berkeley apartment in the later sixties.

His >300 papers on stem cells, regeneration, fertilization, cell biology, development, infertility, assisted reproductive technologies, as well as strategies for rectifying past injustices in scientific careers, have appeared in premier journals including Nature and Science. Dr. Schatten is also an eloquent advocate for research in reproduction, development, regeneration, and stem cells. 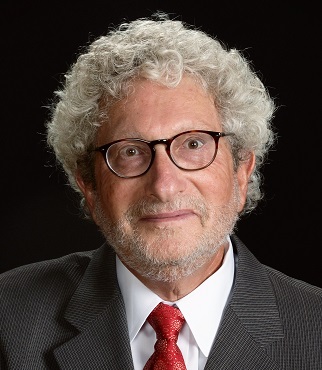