Dr. David Whitcomb is the Giant Eagle Foundation Professor of Cancer Genetics, a Professor of Medicine (with tenure), Cell Biology and Physiology, and Human Genetic and Director of the Precision Medicine Service at UPMC.  He is editor-in-chief of Clinical and Translational Gastroenterology, the top ranked open access gastroenterology and hepatology journal. Dr. Whitcomb leads active research teams focusing on pancreatic diseases, and provides an information service on pancreas-related issues to patients, physicians, and scientist through participation in Pancreas.org, and with a quarterly patient newsletter, Pancreas Education and Research Letter (PEaRL).

Dr. Whitcomb graduated from Manchester University, North Manchester, Indiana, in 1978 with a BS in Biology/Chemistry.  Continuing his education, he received a MS in Physiology in 1979, a PhD in Physiology in 1983, and an MD in 1985 all from the Ohio State University, Columbus, Ohio. He then completed a residency in internal medicine in 1988, followed by a fellowship in gastroenterology in 1991 at Duke University, Durham, North Carolina. That same year, Dr. Whitcomb was recruited to the University of Pittsburgh.  Previously, he served as Chief of the Nutrition Support Service and Chief of Gastroenterology at the Pittsburgh VA Medical Center.

In addition to his responsibilities within the university, Dr. Whitcomb serves on national and international committees for the major gastroenterology and pancreatic societies. He led the Division of Gastroenterology, Hepatology and Nutrition for 17 years, designed as a uniquely organized translational research organization for complex inflammatory, functional, and neoplastic disorders (Academic Medicine: Journal of the Association of American Medical Colleges. 2011;86.(11):1353-9.) which became a Top 5 ranked program by US News & World Report.  He served as a Counselor for the American Gastroenterology Association, the International Association of Pancreatology as President of the American Pancreas Association. He is also Pancreas Section Editor for UpToDate, an Associate Editor for Pancreas and Pancreatology and serves on the Advisory Board for Nature Reviews Gastroenterology & Hepatology. He serves as a peer reviewer for a number of scientific journals, and serves as a grant reviewer for the NIH, VA, DOD, and other institutions. Dr. Whitcomb’s co-founded the Midwest Multicenter Pancreatic Study Group, the North American Pancreatic Study Group, the Collaborative Alliance for Pancreatic Education and Research (CAPER), and is the Director of the annual international meeting, PancreasFest. He also co-founded Ariel Precision Medicine LLC, a biotechnology company focusing on complex trait genetics and precision medicine. 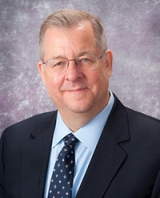