Dr. Bradley Nindl is the Director of the Neuromuscular Research Laboratory/Warrior Human Performance Research Center and Professor in the Department of Sports Medicine and Nutrition in the School of Health and Rehabilitation Sciences at the University of Pittsburgh. He also has dual appointments as the Senior Military and Scientific Advisor for the University of Pittsburgh Center for Military Medicine Research and at the McGowan Institute for Regenerative Medicine.

His research interests span human performance optimization/injury prevention and biomarker domains with a focus on adaptations of the neuromuscular and endocrine systems (growth hormone/insulin-like growth factor-I axis) to both exercise and military operational stress. He is internationally recognized for his work in these areas and was Co-Chair of the 3rd International Congress on Soldiers’ Physical Performance in 2014 and has performed research sabbaticals at the University of Jyvaskyla in Finland (2009) and the University of Wollongong in Australia (2014) with the Finnish and Australian Defense forces, respectively.

His previous awards include the American College of Sports Medicine Young Investigator Award in 2002 and the US Army’s Surgeon General “9A” Proficiency Designator (the Army Medical Department’s highest award for professional excellence, bestowed on less than 2% of AMEDD military officers) in 2013. He is an associate editor for Medicine and Science in Sports and Exercise and the Journal of Strength and Conditioning Research and a Fellow in the American College of Sports Medicine. He has over 146 peer-reviewed publications indexed on PubMed that have been cited over 3900 times with an h-index of 35.

Dr. Nindl is also an Army Reservist (COL) and Commander of the Southeast Medical Area Readiness Group in Nashville, TN, having been deployed in 2004-2005 in Mosul, Iraq, where he was awarded a Bronze Star and the Combat Action Badge. He and his wife Jeanne live in Gibsonia, PA, have 5 children: Ashley, Lyndsey, Zachary, Joshua, and Cooper. 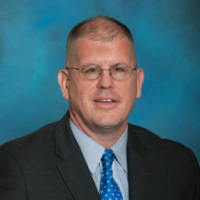