Dr. Bing Wang is currently the Director of the AAV Gene Therapy Core as well as an Associate Professor in the Vascular Medicine Institute in the Department of Medicine and Division of Cardiology, University of Pittsburgh School of Medicine. Additionally, he currently holds a position as an Associate Professor in the Pittsburgh Heart, Lung and Blood Vascular Medicine Institute and the McGowan Institute for Regenerative Medicine.

Dr. Wang received his MD from Tong-Ji Medical School, Huazhong University of Science and Technology. After receiving his medical degree, he studied at the Institute of Microbiology, Chinese Academy of Sciences in Beijing, where he earned his PhD in Molecular Biology and Virology. Dr. Wang then held a position as an Associate Professor at the Chinese Academy of Sciences in China while simultaneously working a post-doctoral fellowship at the University of Science and Technology in Hong Kong. He also spent time as the Physician-in-Charge at Institute of Geriatrics, Tong-Ji Medical School in Wuhan.

When Dr. Wang joined the University of Pittsburgh in 1999, he was a Research Associate in the Department of Molecular Genetics and Biochemistry and was subsequently promoted to Assistant Professor and Associate Professor in the Department of Orthopaedic Surgery (2006-2022). Shortly before becoming a faculty member at the University of Pittsburgh, Dr. Wang was awarded two, 2-year postdoctoral scholarships. The first scholarship was from the Duchenne Muscular Dystrophy Research Center and the second was from the Center for Cell Therapeutics.  He has also repeatedly won the Orthopaedic Research Society’s New Investigator Recognition Award (2007, 2011) and also won the North American Spine Society and the Spine Journal’s 2011 Outstanding Paper Award (Basic Science).

Dr. Wang’s current research interest is focused on gene and cell therapies combined with bioengineering for muscle diseases and regenerative medicine, especially for the viral vector-mediated in vivo gene replacement and anti-inflammation to treat genetic musculoskeletal diseases such as Duchenne muscular dystrophy (DMD). He has a long history of working on gene- and cell-based therapies for musculoskeletal injuries and diseases (heart and lung), mainly by using recombinant adeno-associated viral (rAAV) vectors, and have extensive, published expertise and technology to develop these vectors for the basic and translational researches. He is also actively engaged in multiple applications of different viral vectors for gene and cell therapies, such as the ex vivo gene transfer-based genetic modification of stem cell and gene-activated bio-scaffold for hard and soft tissue healing.  Dr. Wang’s current research interests include:

Since 2008, he has authored/co-authored over 60 peer-reviewed publications, 4 review papers, 6 book chapters, and has published 90 abstracts in national/international conferences. As an expert in gene therapy, Dr. Wang has several collaborations with many laboratories, internal and external to the University of Pittsburgh. He also participates on the Editorials Boards of several professional journals and grant review panels and he has been serving as the Deputy Editor for Molecular Therapy Methods & Clinical Development (2015-2022), an official journal of the American Society of Gene & Cell Therapy (ASGCT). Dr. Wang was elected to the Nominating Committee of the Orthopaedic Research Society (ORS) for the 2013-2014 term and he served as the Chair of the Muscle Topic Committee for the 2018-2020 term, ORS. He also has served as a board member of the Musculoskeletal Disorders Gene & Cell Therapy Committee for the 2010-2016 term, ASGCT. 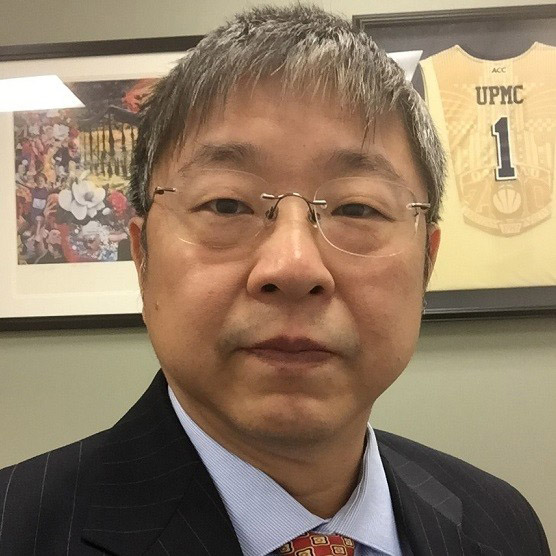