Dr. Bernhard Kühn is a board-certified pediatric cardiologist, Co-Director of the Heart Institute, Associate Director of the Richard King Mellon Institute for Pediatric Research, and Director of Research in the Division of Pediatric Cardiology at Children’s Hospital of Pittsburgh of UPMC.

As a physician-scientist, Dr. Kühn’s area of excellence is laboratory investigation.  His research is on the century-old question of whether and to what extent mammalian hearts can regenerate themselves, which is directly related to heart failure, a significant global public health problem. Dr. Kühn’s approach involves basic and translational research and is synergistic with his clinical interest in heart muscle diseases (cardiomyopathy).

Dr. Kühn graduated from the medical school of the Freie Universität Berlin in 1997 and received a doctor medicinae (Dr. med., a PhD equivalent) degree in 1999. He is now a board-certified pediatric cardiologist in the United States and directs a translational research team.

As a graduate student, Dr. Kühn studied the signal transduction of G-protein coupled receptors. He came to the United States for residency training in Pediatrics at Yale (1999-2002), followed by fellowship training in Pediatric Cardiology at Boston Children’s Hospital (2002-2005). After a research fellowship with Mark Keating (2004-2005), he established his independent laboratory.

Dr. Kühn’s research team has three interconnected goals: 1.) to understand the mechanisms of cellular growth and proliferation in the heart; 2.) to provide mechanistic explanations for the huge differences in regenerative activity between biological systems; and 3.) drawing on the answers to these two fundamental questions, to conduct translational research that implements basic research results for the diagnosis and treatment of myocardial diseases.

Prior to his lab’s work, it was commonly thought that heart muscle cells (cardiomyocytes) are in irreversible proliferative arrest after birth and that myocardial regeneration cannot be increased in mammals. Physicians and scientists were skeptical that it would be possible to stimulate cardiomyocyte proliferation after birth, let alone that this mechanism would regenerate myocardium.

Dr. Kühn’s team has demonstrated that the post-natal heart has cardiomyocytes that can be stimulated to divide and give rise to myocardial regeneration. They have taken the approach of using extracellular factors to stimulate this subpopulation to divide and proliferate. Dr. Kühn’s team has demonstrated that a peptide of periostin, a component of the extracellular matrix, and neuregulin1, a growth factor, stimulates cardiomyocyte proliferation and myocardial regeneration in animal models of myocardial infarction. In addition, they have shown that both factors activate the same cellular mechanism, which is proliferation of a subpopulation of mononucleated cardiomyocytes. The researchers have identified and characterized the receptors and intracellular pathways by which periostin peptide and neuregulin1 act. Administration of recombinant neuregulin1 was effective in adult patients with heart failure (phase II trials). 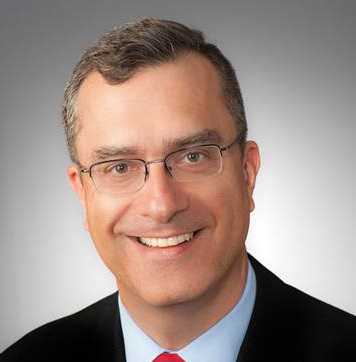