Dr. Delitto earned his BS in Physical Therapy from SUNY-Buffalo and his MHS/PT and PhD in Psychology from Washington University in St. Louis, Missouri.

Dr. Delitto is primarily interested in conducting evidence-based studies in rehabilitation settings, particularly in populations who have musculoskeletal dysfunction (e.g., low back pain).  Most recent completed studies include:

Dr. Delitto was a member of the recently convened Chronic Low Back Pain Task Force at NIH and has been a member of the National Advisory Board for Medical Rehabilitation Research since 2015. He is a Catherine Worthingham Fellow of the American Physical Therapy Association (APTA) and has received numerous awards and recognitions from APTA, including the Mary McMillan (2008) and the John HP Maley Lecture Awards, the Lucy Blair Service Award, the Marion Williams Award for Research, and the Helen J. Hislop Award for Outstanding Contributions to Professional Literature. He is a seven-time winner of the Orthopaedic Section, APTA’s Steven J. Rose Award for Excellence in Clinical Research. 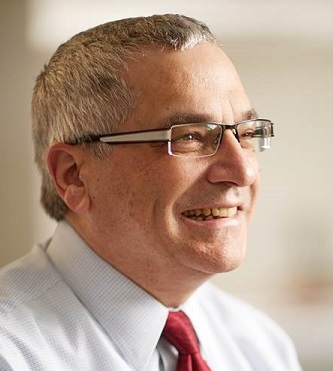