Dr. Schwartz received his PhD from the University of Minnesota in 1984 with a thesis entitled “Activity in the Deep Cerebellar Nuclei During Normal and Perturbed Locomotion.” He then went on to a postdoctoral fellowship at the Johns Hopkins School of Medicine where he worked with Dr. Apostolos Georgopoulos, who was developing the concept of directional tuning and population-based movement representation in the motor cortex. While there, Dr. Schwartz was instrumental in developing the basis for three-dimensional trajectory representation in the motor cortex.

In 1988, Dr. Schwartz began his independent research career at the Barrow Neurological Institute in Phoenix. There, he developed a paradigm to explore the continuous cortical signals generated throughout volitional arm movements. This was done by using monkeys trained to draw shapes while recording single-cell activity from their motor cortices. After developing the ability to capture a high fidelity representation of movement intention from the motor cortex, Dr. Schwartz teamed up with engineering colleagues at Arizona State University to develop cortical neural prosthetics. The work has progressed to the point that monkeys can now use these recorded signals to control motorized arm prostheses to reach out and grasp a piece of food and return it to the mouth.

Dr. Schwartz moved from the Barrow Neurological Institute to the Neurosciences Institute in San Diego in 1995 and then to the University of Pittsburgh in 2002. In addition to the prosthetics work, he has continued to utilize the neural trajectory representation to better understand the transformation from intended to actual movement using motor illusions in a virtual reality environment.

Dr. Schwartz is a member of the Society for Neuroscience, the Institute of Physics, and the International Psychophysical Society. He has received numerous awards for his pioneering research efforts. Most recently he received the Carnegie Science Award for Life Sciences (2010), the International Brain Mapping & Intraoperative Surgical Planning Society Pioneer in Medicine Award (2010), the Popular Mechanics Breakthrough Award (2012), and the Clinical Research Forum Research Achievement Award (2013). 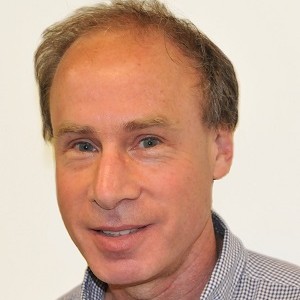