Dr. Alan Wells is the Thomas J. Gill III Professor of Pathology and the Executive Vice-Chairman of the Department of Pathology at the University of Pittsburgh. In addition, Dr. Wells is a Professor of Bioengineering and Computational & Systems Biology (secondary appointments) and a Staff Physician at the Veterans Administration Medical Center in Pittsburgh, Pennsylvania.

Dr. Wells is a member of numerous societies and professional organizations, and has had the honor of serving in governance in many of these. He currently is the past president of the Wound Healing Society and a past president of the Academy of Clinical Laboratory Physicians and Scientists (ACLPS) and the American Association of University Pathologists (Pluto Club). He has served as president of the Medical Staff at UPMC Presbyterian Hospital.

Dr. Wells is president of the Wound Healing Society and a past president of the Academy of Clinical Laboratory Physicians and Scientists and the American Association of University Pathologists.

Within his laboratory, Dr. Wells and his research team are aiming to gain a better understanding of how cells respond to their local environment. Due to the widespread implications of such research, Dr. Wells has been featured in several publications in addition to scientific journals. Ultimately, the importance of his research flows from the provision of reinforcing insights and novel avenues for exploration into the basic signaling pathways, as well as functioning of entire organisms. Currently, Dr. Wells is concentrating his research efforts towards gaining further knowledge of the conditions of dysregulated (tumor dissemination, therapeutic resistance, and metastatic dormancy) and orchestrated (wound healing and organogenesis) responses. These studies are performed in vitro, in animal models, validating in human specimens, and employing novel state-of-the-art all human microphysiological systems. These studies are advancing through preclinical studies, and have been used to develop tools and therapeutics. 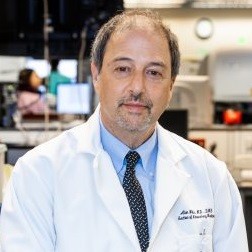