Dr. Dahl uses rheological, biophysical and optical techniques to understand the structure and organization of the cell nucleus. These studies are relevant to dissecting the molecular pathology of diseases caused by defects in nuclear structure.

Diseases of the nuclear lamina.

Many diseases result from the loss or mutation of lamins and other structural proteins at the nuclear envelope and in the nuclear interior. Diseases include Hutchinson-Gilford Progeria Syndrome (premature aging), Emery-Dreifuss Muscular Dystrophy and Dilated Cardiomyopathy. Nuclear mechanical integrity is significantly altered in some cells of these patients. Dr. Dahl’s studies compare normal cells with cells in which structural proteins are either chronically absent (as in knockout animals or disease patient cells) or rapidly down-regulated (as by RNAi-mediated gene silencing). These studies reveal the adaptations made by nuclei to altered mechano-structural environments in order to restore function.

Nuclear shape and chromosome positioning change dramatically during stem cell differentiation and cancer progression. However, these changes have not been quantified and their downstream effects are poorly understood. Fluorescence techniques are being combined with quantitative biophysics to track recruitment of transcription factors or cell cycle regulators to differentiation- specific or cancer-specific genes while cells or nuclei are under well-defined imposed forces.

Some of Dr. Dahl’s efforts towards professional mentoring in diversity include: 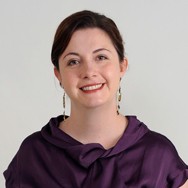