Dr. Ivet Bahar is a Distinguished Professor, the John K. Vries Chair, and the Founding Chair in the Department of Computational & Systems Biology at the University of Pittsburgh School of Medicine.  Dr. Bahar holds several other affiliations, including Director/Principal Investigator of the NIH-funded Biomedical Technology and Research Center on Multiscale Modeling of Biological Systems (MMBioS); Associate Director at the University of Pittsburgh Drug Discovery Institute; co-Founder and Executive Committee Member of Carnegie Mellon U/Pitt PhD Program in Computational Biology; and co-founder of the Computational Biomedicine and Biotechnology (CoBB) Master’s degree granting program.

Dr. Bahar received her BS and MS degrees in Chemical Engineering from Bogazici University in Istanbul, Turkey, in 1980 and 1983, respectively, and obtained a PhD in Physical Chemistry in 1986 from Istanbul Technical University.  During the summers of 1987-1988, she did post-doctoral research at the Institute for Polymer Science, University of Akron.

In April 2020, Dr. Ivet Bahar was elected to the United States National Academy of Sciences, (NAS), “in honor of her outstanding contributions to computational biology.” NAS membership is a widely accepted mark of excellence in science and is considered one of the highest honors that a scientist can receive. Additionally, she is also an elected member of the European Molecular Biology Organization (EMBO), a Scientific Review Board member at the European Research Council (ERC), a chartered study section member at NIH, and serves in the Editorial Board of several scientific journals, including Structure, Scientific Reports, Protein Science and Proteins. She is currently serving as an Elected Member of the Awards Committee of the Biophysical Society. She is a member of the Protein Society, the American Association for the Advancement of Science, the American Chemical Society, and a Senior Member of the International Society for Computational Biology. Dr. Bahar has been an invited speaker at many international and national meetings, including Centre Européen de Calcul Atomique et Moléculaire (CECAM), Intelligent Systems for Molecular Biology (ISMB) meetings, and several Gordon Research Conferences (GRC).  She served as the chair for a 2014 GRC, an Organizing Committee Member for a Biophysical Society Thematic Meeting of 2014 and for the ECCB (European Conference on Computational Biology) in 2018.

Dr. Bahar has published more than 300 publications in scientific journals and a textbook on “Protein Actions: Modeling and Simulations” (Bahar, Jernigan and Dill, 2017). Her work is broadly cited in the literature (> 26,000 citations with an H-Index of 76).  View a list of Dr. Bahar’s publications here or here.

More information is available at https://mmbios.pitt.edu/. 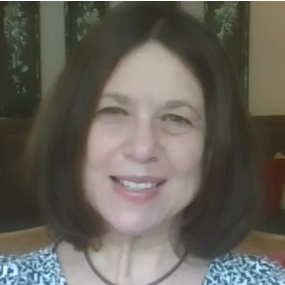